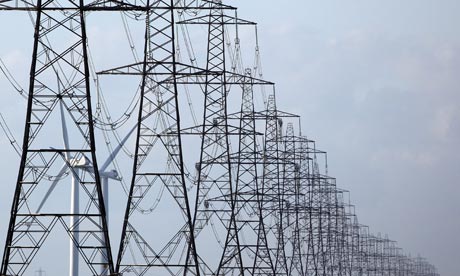 The Energy Debate- Genius or Unworkable Populist Fantasy?
Share This

This is the question perplexing politicos across the political spectrum. The right, led by its erstwhile cheerleader, the Daily Mail, screams ‘socialism’ and a return to the 1970’s of nationalisation and state intervention, whilst the Left applauds Miliband’s attempts to fight and take on vested interests. He’s already proven himself a resolute customer, having confronted (and won against) the Murdoch Empire and now railing against the unjust practices of the Paul Dacre cadre running the Mail. The energy companies know that Miliband means business and is not posturing for political gain. Labour’s energy policy, as announced at conference last week, is seen as the fulcrum of its cost of living debate. It is a policy for the doorstep that says: ‘the Labour party is placing the cost of living crisis at the head of our priorities.’ Miliband is hoping that his energy announcement will prove a political masterstroke, instilling him as the leader of the ‘little people.’ Opinion polls so far vindicate this position (with gas bills at the top of voters concerns). So, what is Labour’s new energy policy and why can it be effective?

The policy itself: Miliband has promised that if Labour were to win the general election in 2015, they would freeze energy bills until 2017. This is aimed at giving respite to Britain’s struggling households, and preventing the energy companies from overcharging. This has provoked a frenzy of debate, ranging from the right calling it a return to Labour attempts at price controls, and the left marveling at the chutzpah of Ed Miliband in attempting to fix Britain’s somewhat broken energy market. It has been argued that the policy is a ruse, and come January 2017, the companies will react by immediately raising prices again. Labour’s hope is that the new watchdog’s remit will ensure that prices remain fair and that overcharging becomes a thing of the past.

1)     Ensure that energy companies separate the parts of their businesses that generate energy from the parts that supply to the public with different licenses/separate operations.

2)     Enforce transparency in the energy market by forcing companies to sell energy into a pool.

4)     Overhaul Ofgem by introducing a tough regulator to prevent the energy companies from ‘letting down their customers.’[1]

The facts: the Big 6 (British Gas, EDF Energy, E.ON UK, Npower, Scottish Power, SSE) supply energy to 98% of Britain’s homes and run 70% of Britain’s power stations. Ed Miliband wants to break this oligopolic system by freezing prices, and keeping them at such a level that enables other companies to break into the market. Simple economics dictates that increased competition will lower prices. Currently, significant barriers exist in preventing potential energy companies from setting up shop. What most people do not know is that ‘the same companies which sell us energy at the retail level largely sell it to themselves at wholesale level.’[2] British have argued this week that their 9.2% hike in prices is down to the increase in wholesale prices. This can be discounted as bogus PR.

How to dispel the naysayers?

1)     The fear mongering of the energy companies seek to put many off this policy. Their fears reek of self-interest and a lust for huge profits. Critics who say that Miliband ‘just doesn’t understand markets’, conveniently forget about the much maligned banking sector. The so-called financial behemoth was though to have the capacity to ‘self-correct’ upon too much heat being applied to its pillars. We all know how this turned out. The world had to contend with the fallout of a broken market, and would have benefited from regulation prior to the catastrophic events that occurred. This is why opponents of ‘state intervention’ should be silenced.

2)     The policy has caused chaos amongst the ‘Big 6’. Company bosses howled in outrage at the cheek of Ed Miliband. Yet, only 3 days after the announcement, three of the ‘Big 6’- Npower, Scottish Power and EDF- have now offered ‘fixed price tariffs’ until 2017. Miliband must be doing something right. He’s got the very people he’s bashing on his side.

EDF energy (Electricite de France) is owned by the French state. The French energy market has strict regulatory rules and offers significantly lower prices than we have in Britain. In fact, Britain has ‘one of the highest rates of energy inflation’ in the EU. As Alex Andreou of the New Statesman writes ‘only nine of the twenty-seven EU members states do not exercise some form of price regulation of energy retail prices, much to the chagrin of the European Commission.’ This is something largely forgotten by price-freeze critics.

Let’s end with this new slogan from Npower: ‘Why wait for Ed’?