‘Scotland can’t survive alone’ and 9 other lies
Share This

The Scottish independence debate has been littered with lies from both sides. From the completely fanciful whoppers from the SNP to the unashamed scaremongering of Better Together, it would be quite funny if it weren’t so important. Yet, no matter how much one side yells about the others lies, it seems supporters of either side refuse to accept that there’s anything fishy about their chosen liars.

Usually unqualified, Better Together supporters can often be heard talking about how Scotland needs the rest of the UK to survive. Although the leaders haven’t gone this far, it is frequently implied.

Is it true? No, it is not. Scotland could become a fully functioning state without the English, Welsh and Northern Irish. It’s based on the fact many economists have come out to say that Scotland would be worse off out of the UK, but that doesn’t mean Scotland couldn’t exist independently.

#9 Independence is the only way to secure the NHS

Yes Scotland has shouted quite a lot about the NHS. They have repeatedly said that the Tories are privatising the NHS in England (which isn’t true), and that the only way to ring-fence the NHS is to vote yes.

A devolved Scotland in its current form allows the NHS to be ring-fenced. In fact, Scotland hasn’t been affected by the major changes in the English NHS. The NHS in Scotland currently offers things like free prescriptions and has at no point been at risk of a Westminster restructure.

Today it has been reported that the NHS is not only unsafe with independence, it is subject to one of the most shameless electioneering campaigns in Scottish history. The SNP will be required to cut the NHS by almost half a billion pounds no matter what happens, because they have unsustainably used it to win votes.

#8 An independent Scotland could easily join the EU

It has been made repeatedly clear that an independent Scotland would have to reapply to join the European Union. The SNP have repeatedly refused to acknowledge this.

Scotland would realistically be supported by most states in the EU, but not by Spain. Spanish politicians have made it repeatedly clear that they would not support an independent Scotland’s application, with one eye on their own secessionists.

Should an independent Scotland get the Spanish to agree to their admission in principal, there are other issues. Scotland doesn't meet the entry requirement for joining the EU, to start with. Aditionally, Scotland would be required to join the Euro and Schengen, which would complicate any realtionship with the rest of the UK.

An independent Scotland would therefore have to apply to join the EU like any other state rather than be granted an automatic place, and would have to go through all of the same stages as every other state. 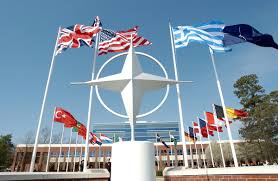 Scotland Could join NATO. In fact, both NATO and the rest of the UK would quite like Scotland to join. There’s technically nothing stopping them- the vast majority of NATO states aren’t nuclear armed, and a significant amount don’t support nuclear weapons (which is something the no camp often shamefully lie about). It is Scottish government policy to join (after a huge internal SNP fight). However, the SNP’s vision for an independent Scotland would make it difficult.

NATO technically requires their members to spend 2% of their GDP on some kind of defence or military capability. Most NATO states do not currently meet this level, but SNP policy is not to spend the absolute minimum on defence. In fact, it is to spend virtually nothing on conventional capabilities. It is hard to envisage NATO allowing Scotland to join and reap the benefits of membership should Scotland refuse to do their part.

Scotland doesn’t receive any extra money from English or Welsh taxpayers. In fact, Scotland accounts for the same proportion of the population as it pays in tax. 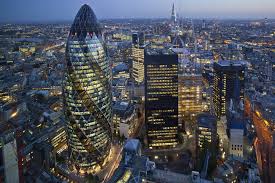 #5 Scotland doesn’t receive anything from the UK

The fact Scotland doesn’t receive English tax payers’ money doesn’t mean that Scotland receives nothing from the tax pot. Scotland receives a sizable rebate from the treasury. This is money raised in London, the UK’s big financial hub, a proportion of which is arguably Scottish anyway. Theoretically, some of this would transfer to Scotland should the union be broke up, but there is no guarantee. 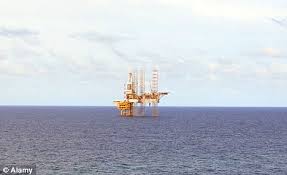 The sea border between England and Scotland dissects the North Sea oil fields for complicated historical reasons (Maggie Thatcher). All things being equal, North Sea oil would be split between England and Scotland- in all probability Scotland taking the greater chunk. Ignoring the shortsightedness of a nation trying to fund everything under the sun with oil, assuming this doesn’t matter is a huge oversight; if the economic argument of the yes campaign is based on guessing how much North Sea oil will be discovered in the future, the prospect of not owning all of the oil fields surely complicates the situation further. 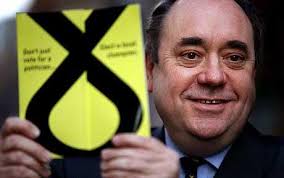 #3 An independent Scotland has nothing to do with the SNP

Salmond has said that he will continue to be first minster until the end of his term, meaning that the SNP will decide on how the new constitution will be written and the terms of separation will be dominated by the SNP’s negotiations, including things like the terms of any currency union. The real financial constraints an independent Scotland will be under may lead to some irrevocable decisions- for example, could previous mismanagement coupled with new restrictions on spending mean that the SNP privatise parts of the NHS? Salmond may be ideologically opposed, but he may have no choice but do something he’s ideologically opposed to. And, as with much of what will happen after Thursday, there is no going back. 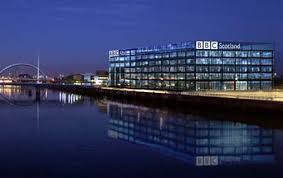 #2 The BBC will disappear

The BBC is remaining in Scotland. This would be the case no matter what- the BBC broadcast in Ireland, the USA, and elsewhere in the world. Yet the BBC is going to continue to operate in Scotland as the national broadcaster no matter what, without even advertisements. The BBC has hinted at this repeatedly.

However, this isn’t the end of the story. Having talked to a few people involved with the BBC in Scotland, it appears that a yes vote would force the BBC to reduce investment in Scotland. In the long term, this could have a noticeable effect on programming or mean that the BBC reviews its operations in Scotland.

Even if the BBC were to scale down their Scottish presence, their programmes would not go away. As Salmond said in a Facebook Q&A, BBC programmes are broadcast across the world and nothing can change that.

Also, lets not forget what this referendum is about. Britain is the island, not (just) the country.

Scotland can keep the pound. There’s no real question, even if Better Together seem determined to believe it’s impossible. Brilliantly, Better Together burying their heads in the sand means no one has addressed what keeping the pound would mean.

A formal currency union would mean that the Bank of England would take Scotland into account when setting interest rates, and would be the lender of last resort should there be a crisis. Both of these factors are vital- when a central bank ignores the status of an economy, there is either prolonged stagnation or unsustainable growth followed by a big crash. Yet the risks are huge, as highlighted by the Eurozone crisis. When economic cycles are out of sync, monetary policy is ineffective at best and destructive at worst. After the Eurozone crisis, the Bank of England would have to insist on even stronger restrictions on fiscal policy- meaning that the Bank of England would control what Scotland spends to within what could be a few million pounds which would effectively make Scotland a UK colony.

An informal currency union would simply mean continuing to use the pound and hoping for the best. Informal currency unions haven’t gone too well in the past. With no lender of last resort, there will be no confidence in the Scottish economy while the Bank of England cannot responsibly take the Scottish economy into account while setting interest rates, meaning that no monetary policy will be appropriate for the Scottish economy. This sounds like it doesn’t matter, but it means that one of the two major tools for stabilising the economy will often be working to destabilise the economy- should there be a recession, it is likely that using the pound informally would simply make it far worse.