This time, it’s personal: why Ed Miliband was right to defend himself, and his father’s name, from the Daily Mail
Share This 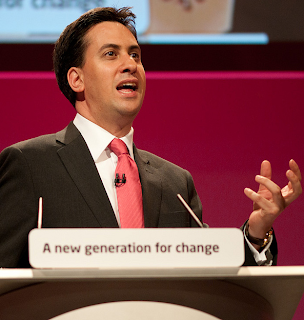 Before this article properly begins, I would like to state that this is not an article that praises Labour leader Ed Miliband as a whole. I am critical of how he became leader of the Labour party primarily through trade unions, and think his brother David was a far more appropriate leader and adept politician. However, I have recently softened my view of him since his speech at the Labour conference, in which he introduced actual wholesome Labour policy at long last (I am not necessarily a Labour supporter, but firm and substantial policy is important). I must admit though, the clincher for me, the thing that made me actually respect Miliband, was not necessarily a purely political move. It has been his recent confrontation to the Daily Mail.

For you see, this is ultimately a personal attack. Call it character assassination or a smear campaign, but what strikes me about this story is the offensively intrusive and personally insulting nature of how the Mail chose to discredit Miliband in this particular instance. In case you are somehow not aware of recent goings on, then allow me to explain. A few days ago, the Daily Mail published an article unequivocally stating that Ed Miliband’s late father, Ralph Miliband, ‘hated Britain’. Miliband senior was a Marxist intellectual of Jewish faith who struggled to make it to Britain as a persecuted refugee and eventually fought in the Royal Navy.  He became highly respected among his contemporary socialist thinkers as a sceptic of capitalism. The Daily Mail seems to have interpreted him as some form of aggressor and advocate of revolution as a result of this, however this was not necessarily the case.

What I enjoy about this conflict so much is that it seems that most people, including none other than Nick Clegg and David Cameron, have sided with Miliband. To me, this emphasises the extent to which political debate here has become less significant as a result of the personally insulting nature of the Daily Mail’s audacious and hyperbolised claims. It’s almost humorous to see such an obvious attempt at character assassination, from a paper that is renowned for it, turned on its head by politicians and the public alike. Clegg took the opportunity to describe the paper as “full of bile” generally, which is actually quite a bold statement for a politician of any power to make. In addition, the fact that the tabloid’s founder supported some fascist ideals before 1939 has been substantially covered, however I feel this is hardly relevant. What remains relevant is the strong rhetoric the Daily Mail has used to describe the late Ralph Miliband – a man with an “evil legacy”. Of all the people to respond to this blatant attempt at trying to alienate the left, Ed Miliband himself is obviously the most significant; telling the BBC that his father’s legacy should not be “besmirched and undermined”. The most important thing about his response is that it was quick, and it was public; both tweeting his thoughts and airing them on the 6o’clock news. Believe it or not, I think that Miliband is right to use this a ploy to make him look assertive and statesman-like. Before this, he had been often perceived as a weak leader with little to say, however he has allowed this to transform his political career. Some might say this is awfully ‘convenient’ since he has just announced plenty of new policies, however I would simply say this is the luck he has doubtless been hoping for.

The Mail continued to fight for its cause as this story developed, however. Soon after their first stunt, the Mail’s website uploaded a picture of Ralph Miliband’s grave, with the accompanying pun describing him as a “grave socialist”. When on Newsnight, in the middle of a Malcolm Tucker-esque attack from Alastair Campbell, deputy editor Jon Steafel said that particular move was wrong, and apologised. Furthermore, journalists for the Mail on Sunday were found at a private memorial service for Miliband’s uncle, however the paper apologised and suspended two journalists. Upon looking at these sudden attempts at discrediting Miliband soon after his conference speech, it is no wonder that writers to the left, such as Owen Jones (author of Chavs: the Demonization of the Working Class) have described these moves as a “warning shot” for what will soon become an “all-out war against the left” in Britain. This is, perhaps, a somewhat exaggerated view to hold. However these moves, with their accompanying apologies soon after, suggest that the Mail’s writers and editors have been told to bring the anti-Labour, anti-Miliband aggression to a new level and have become too aggressive in the process.

So, is this the start of a new wave of McCarthyite journalism in Britain, or an anomalous series of grand mistakes by the Daily Mail? Other right-wing newspapers such as the Daily Telegraph respectfully re-printed their original obituary for Ralph Miliband, whereas other tabloids such as the Mirror have emphasised the hypocrisy of the Mail by highlighting the paper’s former loose association with fascism. Either way, the Daily Mail has ostensibly done Ed Miliband a favour by making him take a firm stance, but more importantly making him look human – a rare feat for a politician, and an even rarer feat for a tabloid to achieve.