In the House of Commons, the sound of female northern accents has long been subjected to - at best – marginalisation, and - at worse - contempt and scorn.

Pat Glass, former Labour MP for Durham, brought the issue to attention, saying female MPs are mocked for their northern accents in the House of Commons.

“If [the men] spot a northern accent, they start shouting about it to put you off,” Glass told the Times.

Reacting to regional and chauvinist bias in the House of Commons, former Speaker John Bercow said he believed there was a real risk the House culture alienated the public. The perception of the House, according to Bercow, was a “testosterone fuelled [place] of yobbery and public school twittishness”, adding that this might be the reason why “some very good female members of Parliament on both sides” are leaving.

The tendency for women with broad northern accents to be marginalised and even mocked isn’t confined to the House of Common. In newsrooms, for example, there is a notable lack of female newsreaders with northern English accents.

Studies show that typically broad regional accents can be a barrier to social mobility, as they are generally thought of as less favourable. Furthermore, accents with strong working-class links, such as Mancunian, are often stigmatised, acting as a barrier and facing unfair judgement regarding intelligence and competence.

With just 34% of members of the House of Commons being women, men still dominate the political spectre in Britain, an environment condemned for being “male, pale and stale.”

When therefore a woman with a broad Mancunian accent strides into the House of Commons’ chamber to come head-to-head with Boris Johnson, hope prevails that the dominant white, male and privileged political class, associated with marginalising minorities and disengaging young people from politics, is, at last, disintegrating.

In what was her debut PMQs, Angela Rayner seemed undaunted as she quizzed an especially dozy-looking Boris Johnson with working-class-rooted interrogations, including if he knew the average hourly wage of a care worker, and why he favoured restoring grouse shooting rather than fixing the country’s broken Covid-19 testing system.

If anyone is ‘qualified’ to quiz Johnson about the unfairness of pay amongst care workers, Angela Rayner is, who worked as a care worker for a number of years.

Unlike the prime minister, Rayner didn’t attend Eton College or study Classics at Balliol College, Oxford, or be elected as President of the Oxford Union.

By contrast, the new Labour deputy boasts an inspiring “teenage-mum-to-union-boss-to-Labour-deputy-leader” story. The 40-year-old was raised on a council estate in Stockport by her single mum, who couldn’t read or write and struggled with depression. Rayner left school at 16 pregnant, without any qualifications.

In 2015, Angela Rayner made history, becoming the first ever women elected as an MP for Ashton-under-Lyne.

Rayner has admitted in interviews that she had spent her life as the “underdog”, facing hurdles that many of her parliamentary colleagues could never imagine. One such hurdle is undoubtedly being a woman in a parliamentary setting long dominated by men.

In a speech at the Labour Women’s Conference in 2016, Rayner gave rousing recognition to the work of women: “You are all our community leaders, running the food banks, providing the childcare, sitting in the council meetings, campaigning for our NHS, fighting for decent pensions, struggling for equality in the workplace, running the household budget and running our hospitals,” said Rayner.

As Johnson is accused of an “absolute betrayal of low-paid workers” by TUC boss Frances O’Grady for refusing to rule out cancelling a planned rise in the National Living Wage, Rayner stands for workers’ rights. The former care worker and Unison rep says one of the reasons she stood to become an MP was to help make sure care workers were treated better.

Her campaign pledge was to bring more funding for the NHS and social care, along with the creation of a “National Education Service.” Investing in green jobs, backing new council housing and social security, and nationalising utilities, were other key promises of Rayner’s deputy leadership campaign.

Just several months into her tenure as Labour’s new deputy leader, Angela Rayner is sticking to her promise to “make the case for socialism.”

Rayner is urging ‘everyday’ workers to go into politics. The Ashton-under-Lyne MP says the key workers who kept the country running during lockdown are the people needed in power to help rebuild communities after the pandemic.

Hailed as a “feminist with a capital F”, whose commitment to promoting equality is firing on all cylinders as she finds her feet as Labour’s new deputy leader, Rayner is using her power to improve lives – a fundamental component of both feminism and socialism.

The very presence of a feisty feminist with a broad northern accent in the House of Commons, armed with a genuine and impassioned determination to improve the lives of the disadvantaged, Angela Rayner serves as hope that British democracy will become more representative and the inequality that is epidemic in the country is stamped out for good. 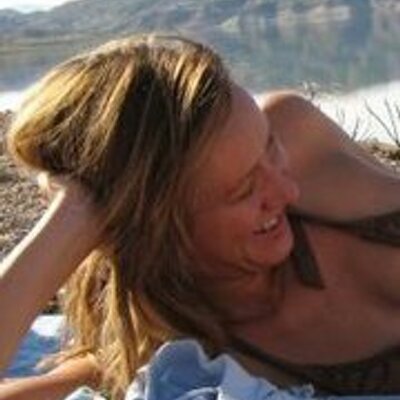 Gabrielle Pickard Whitehead is a British freelance author and journalist, and founder of copywriting service providers, PW Copy. Much of Gabrielle’s work is focused on building awareness about social and economic inequality and and sparking debate and action for activism and change.